a fun pregnancy announcement on cupcakes

- September 12, 2012
Last week I received an e-mail from an awesome lady, Erica, asking me to help her announce her pregnancy to her family. It's especially exciting because it will be the first grandchild in her family.

She wanted stick figures of her parents, sister & husband, parents-in-law and brother-in-law with labels of "grandparents" and "aunt & uncle." And the most important part was for her stick figure to show her pregnant tummy with the announcement of "baby April 2013."

These are the little stick figures I made and then attached them to kabob sticks . . 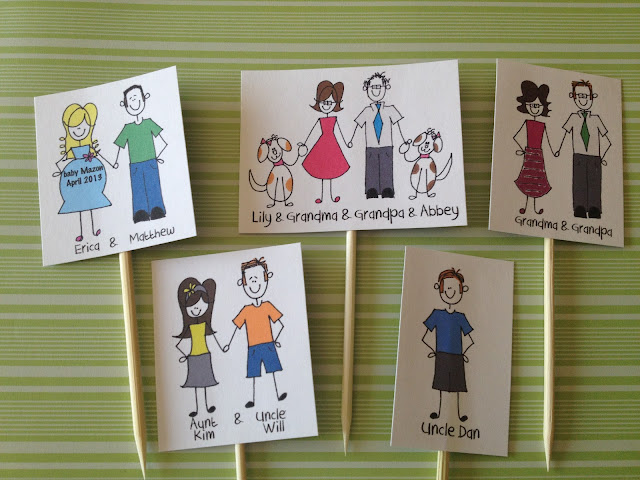 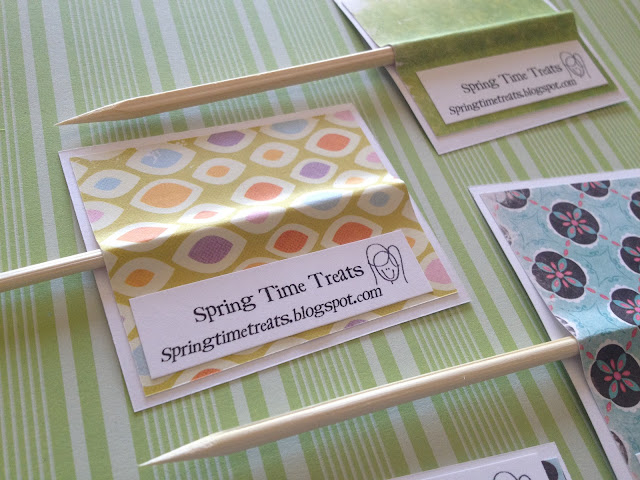 I mailed these little guys to Erica and then she put them in some yummy cupcakes and presented them to her family. 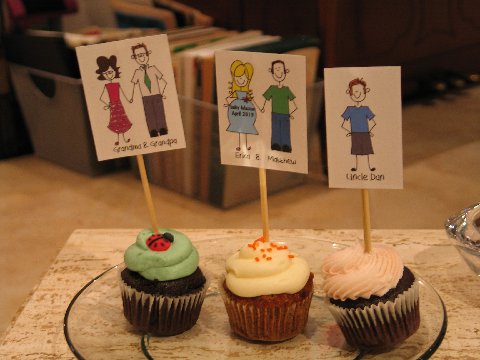 I can just imagine their faces as they looked at their stick figures and then read "grandma & grandpa" or "aunt & uncle" and then saw Erica's stick figure belly announcing the due date. 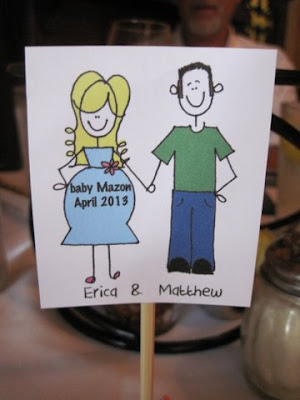 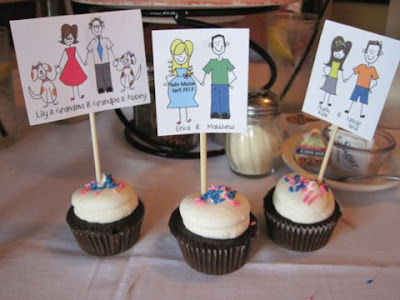 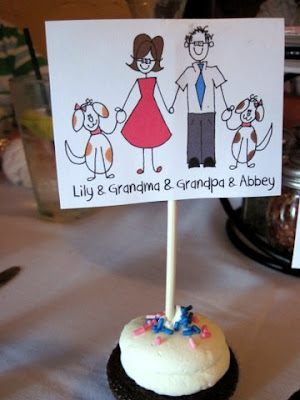 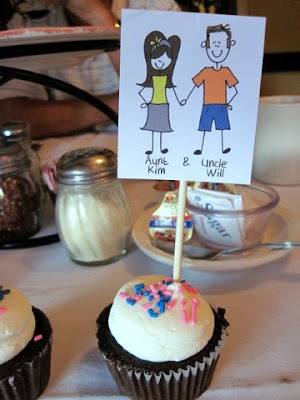 A HUGE congratulations to Erica and her family!
Thank you for letting me be a part of this special moment! It really was one of my favorite projects.

Popular posts from this blog 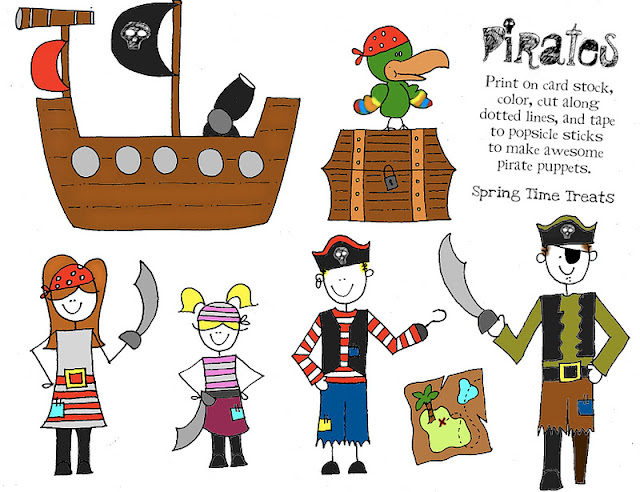 *** Thanks everyone for your support and for finding me! This post has become my most popular, and most viewed. I updated these puppets so they download easier and with better quality. Also I added some mermaids & space robots puppets. Click here for updated puppets .  Merry Christmas friends & family!  I drew the following paper puppets for my sister-in-law for Christmas. She is going to laminate them before taping to popsicle sticks so they last a little longer.  I hope you enjoy these free printables. (Click on image and save to your computer. Make sure to scale to correct size before printing). And/or you can print them off with no color and have your kids color them. (I'm totally an ink hog, and am very choosy in what I print in color, so I try offer everything in color and black & white).  Because I have no skills with a sewing machine my mom is helping me make this puppet theater. By helping, I mean I sit next to her and
Read more 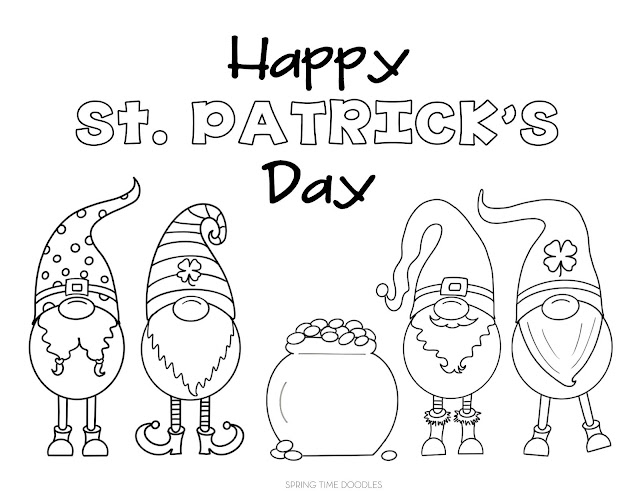 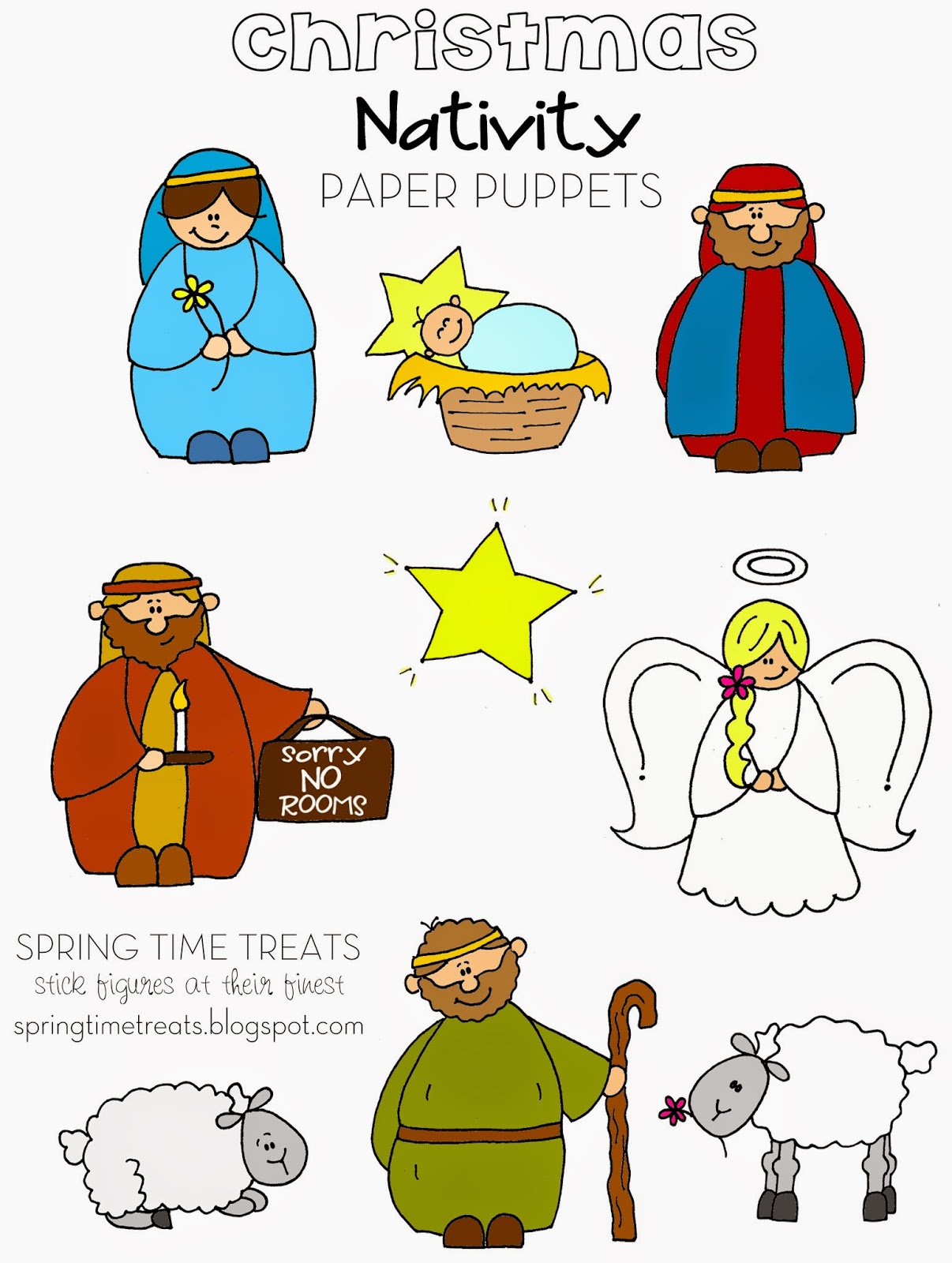 Spring
My name is Spring, yep, it really is. Welcome to my doodle blog, where stick figures shine and are given their due credit. I draw family portraits, prints for your home, cards, invitations and can eat a surprisingly amount of Peanut Butter M&Ms.